Register now for this special series co-sponsored by the UND Writers Conference & Humanities North Dakota! Seats are limited, up next An Evening with Mira Jacob! 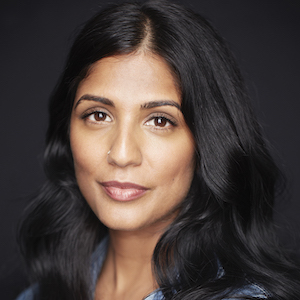 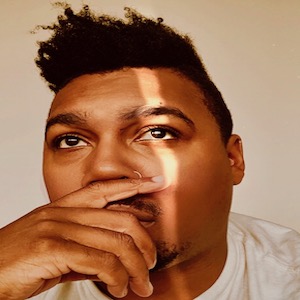 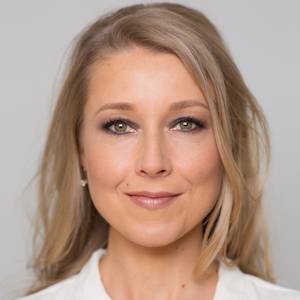 Sarah Smarsh is an author, speaker, and journalist who focuses on socioeconomic class and rural America. Her book Heartland: A Memoir of Working Hard and Being Broke in the Richest Country on Earth, an instant New York Times bestseller and a finalist for the National Book Award, examines economic inequality through her upbringing among the working poor on a Kansas farm. Sarah has reported on socioeconomic class for The Guardian, the New York Times, The New Yorker, Harper’s, and many other publications. Heartland was named a “best of 2018” by NPR, Fresh Air, the Boston Globe, Amazon, Buzzfeed, Barnes and Noble, and Publishers Weekly. In addition to being short-listed for the National Book Award, Heartland was a finalist for the Kirkus Prize, the Lukas Prize, the Indie Choice Award, and an Audie Award for Smarsh’s reading of audiobook. Actor-producer Sarah Jessica Parker selected the title for the American Library Association’s Book Club Central. Her new book, She Come By It Natural: Dolly Parton and the Women Who Lived Her Songs, will be published in October 2020.

Sarah is a regular political commentator in national media and has spoken internationally on poverty, rural issues, and cultural divides at venues ranging from small-town libraries to Sydney Opera House. Sarah was recently a Fellow at Harvard’s Shorenstein Center on Media, Politics and Public Policy. In 2019, Sarah released a podcast entitled The Homecomers, which focuses on how a national blind spot toward rural and working-class America is driving misleading headlines, broken politics, and dangerous fissures in our social fabric. The podcast showcases stories of people who, as residents or advocates, remain committed to their complex, embattled homes.

By ninth grade, Sarah attended eight southern-Kansas schools, ranging from a 2,000-student high school to a two-room prairie schoolhouse. Now, she holds an MFA in nonfiction writing from Columbia University, as well as degrees in journalism and English from the University of Kansas. A former English professor and grant-writer for social service agencies, Sarah aims for all of her work to have a backbone of civic responsibility..

Mira Jacob is a novelist, memoirist, illustrator, and cultural critic. Born in New Mexico to parents who emigrated from India, she uses her dual-culture background to navigate the ebb and flow of politics and modern culture. In 2015, Mira illustrated a graphic article for BuzzFeed entitled “37 Difficult Questions From My Mixed-Race Son,” which quickly went viral. Her stunning graphic memoir, Good Talk: A Memoir in Conversations, expands upon the delicate and nuanced conversations about race and politics she has with her son. Good Talk was shortlisted for the National Book Critics Circle Award, longlisted for the PEN Open Book Award, and named a New York Times Notable Book, as well as a best book of the year by Time, Esquire, Publisher’s Weekly, Library Journal. It is currently in development as a television series with Film 44.

Her critically acclaimed debut novel, The Sleepwalker’s Guide to Dancing, is described as “epic,” “engrossing,” and “utterly dazzling.” It was a Barnes & Noble Discover New Writers pick, shortlisted for India’s Tata First Literature Award, and longlisted for the Brooklyn Literary Eagles Prize. Mira’s writing and illustrations have appeared in the New York Times, Electric Literature, Tin House, Literary Hub, Guernica, Vogue, and she has a drawn column on Shondaland. She is the co-founder of Pete’s Reading Series in Brooklyn, where she spent 13 years bringing literary fiction, nonfiction, and poetry to Williamsburg.

Mira is currently the visiting professor at MFA Creative Writing program at The New School and is a founding faculty member of the MFA Program at Randolph College. She lives in Brooklyn with her husband, documentary filmmaker Jed Rothstein, and their son.

Saeed Jones is an essential author as well as a powerful voice in the world of literary activism, and his writing often takes on questions of identity. Formerly a major contributor at Buzzfeed, he shaped his platform into a tool for social awareness with his no-holds-barred personality. Saeed Jones was born in Memphis, Tennessee, and grew up in Lewisville, Texas. His debut collection, Prelude to Bruise, was a finalist for the National Book Critics Circle Award and was awarded the 2015 PEN/Joyce Osterweil Award for Poetry. The collection also received a starred review in Publishers Weekly, which described the book as, “a fever dream, something akin to magic.” His poems engage themes of intimacy, race and power, and often incorporate elements of mythology. In a 2014 interview for PEN America, Jones stated, “I’m obsessed with manhood as a brutal and artful performance. My mind always finds its way back to the crossroad where sex, race, and power collide. Journeys, transformation as well as dashed attempts to transform, fascinate me as well.”

In 2019, Saeed released his highly anticipated memoir, How We Fight for Our Lives. A review from NPR writes, “Jones’s voice and sensibility are so distinct that he turns one of the oldest of literary genres inside out and upside down.” In this memoir, Saeed has developed a one-of-a-kind style that is as beautiful as it is powerful, and he has cemented himself as an essential writer of our time.

Saeed has received a Pushcart Prize and fellowships from Cave Canem and Queer/Art/Mentorship. He lives in Columbus, Ohio, a city he advocates for with ferocity.