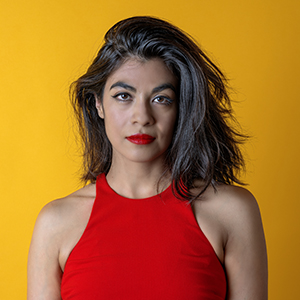 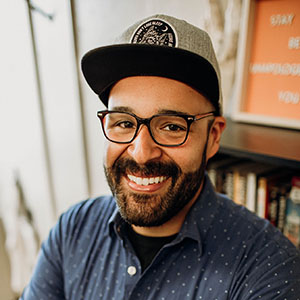 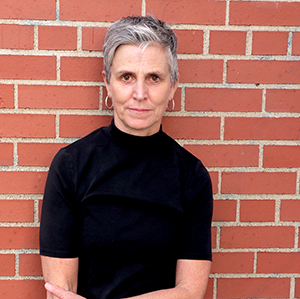 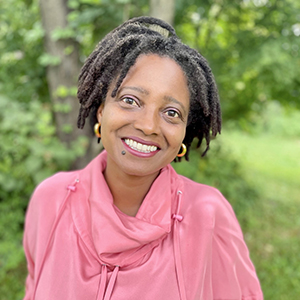 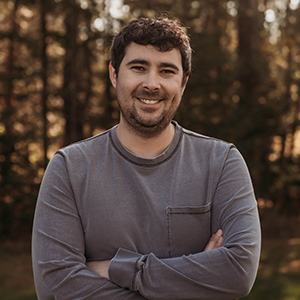 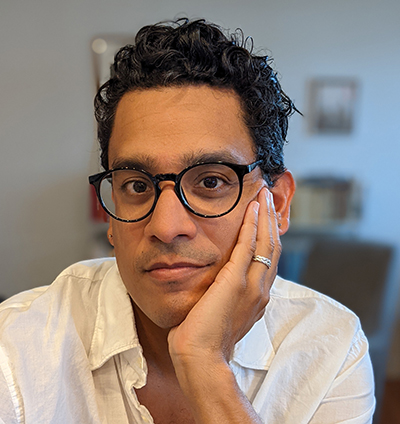 Ingrid Rojas Contreras was born and raised in Bogotá, Colombia. Her first novel Fruit of the Drunken Tree was the silver medal winner in First Fiction from the California Book Awards, and a New York Times editor's choice. Her essays and short stories have appeared in the New York Times Magazine, Buzzfeed, Nylon, and Guernica, among others. Rojas Contreras has received numerous awards and fellowships from Bread Loaf Writer's Conference, VONA, Hedgebrook, The Camargo Foundation, and the National Association of Latino Arts and Culture. She is a Visiting Writer at Saint Mary’s College. She is working on a family memoir about her grandfather, a curandero from Colombia who it was said had the power to move clouds.

Xavier Pastrano earned his BA in Creative Writing from Southwest Minnesota State University, his Masters of English from the University of North Dakota, and his M.Ed from the University of Sioux Falls. He currently resides in Sioux Falls, South Dakota, with his wife and son, where he teaches high school English and College Composition. When not writing, teaching, or reading, he enjoys nerding out about music and films, spending time with his family, making zentangle art, and playing in his band Skin of our Teeth. Published works include the chapbooks XXX: Thirty (Prolific Press), Seeing Sounds (Harsan Publishing), and Hey Kid (self published). Individual poems appear in the anthologies Thunderstorms and The Scandalous Lives of Butterflies (Scurfpea), and South Dakota in Poems (South Dakota State Poetry Society).

Juliet Patterson is the author of Sinkhole: A Legacy of Suicide (Milkweed Editions, September 2022) and two full-length poetry collections, Threnody, (Nightboat Books 2016), a finalist for the 2017 Audre Lorde Poetry Award, and The Truant Lover, (Nightboat Books, 2006), winner of the Nightboat Poetry Prize and a finalist for the 2006 Lambda Literary Award. A recipient of a 2011 Arts & Letters Susan Atefat Prize in non-fiction, and a 2010 Lynda Hull Memorial Poetry Prize, she has also been awarded fellowships from the Jerome Foundation, the Minnesota State Arts Board, and the Minneapolis-based Creative Community Leadership Institute (formerly the Institute for Community and Creative Development). She teaches creative writing and literature at St. Olaf College and is also a faculty member of the college’s Environmental Conversations program.

Tracy K. Smith received the 2012 Pulitzer Prize in poetry for her third book of poems, Life on Mars. The collection draws upon the genre of science fiction in considering who we humans are and what the vast universe holds for us. In poems of political urgency, tenderness, elegy and wit, Smith conjures version upon version of the future, imagines the afterlife, and contemplates life here on earth in our institutions, cities, houses and hearts. Life on Mars was a New York Times Notable Book, a New York Times Book Review Editors’ Choice, and a New Yorker, Library Journal, and Publishers Weekly Best Book of the Year.

Smith’s debut collection, The Body’s Question, was selected by Kevin Young as winner of the Cave Canem Prize for the best first book by an African American poet. Straddling languages, speakers, and geographies, the poems bear witness to love, loss, and belonging while laying claim to a large and nimble sense of identity. In his introduction, Young writes, “Smith…seems perfectly at home speaking of grief and loss, of lust and hunger, of joy and desire—which here often means the desire for desire, and a desire for language itself.”

Duende, Smith’s second book, received the James Laughlin Award from the Academy of American Poets. The collection takes its title from a term Federico Garcia Lorca brought into broad parlance. The duende is the wild, unpredictable and oftentimes dangerous energy an artist might seek to conjure up and contend with. Unlike the Muse, which exists beyond or above the artist, the duende sleeps deep within—as pure urge, fury, chaos, and passion—waiting to be awakened and wrestled, often at great cost. In Smith’s hands, this sense of artistic struggle and daring meets up with forms of social and political struggle, resistance and survival. It also illuminates the private upheaval of divorce and its aftermath.

In her memoir, Ordinary Light, Smith explores her own experience of race, religion, and the death of her mother shortly after Smith graduated from Harvard. The book was a finalist for the National Book Award, and named a Notable Book by both the New York Times and Washington Post.

Smith’s fourth book of poems, Wade in the Water, won the Anisfield-Wolf Book Award for its examination of the grave contradictions tied up in America’s history. In documentary “found” and “erasure” poems, Smith unravels the knot of racism and denial as the central conundrum of America, and she forges a vocabulary of compassion as a possible route forward through our current strife. In 2019 a selection of her poetry titled Eternity: Selected Poems was published in the UK. In 2020 Smith and Changtai Bi, co-translated Chinese poet Yi Lei's book of poetry My Name Will Grow Wide Like a Tree. In 2021 she edited, with John Freeman, the prose anthology There's A Revolution Outside, My Love, Letters from a Crisis, and was guest editor for The Best American Poetry 2021. Her most recent book of poetry is Such Color: New and Selected Poems (Graywolf Press, October 5, 2021).

Smith served two terms as Poet Laureate of the United States, during which time she traveled across America, hosting poetry readings and conversations in rural communities. She edited the anthology American Journal: Fifty Poems for Our Time during her laureateship, and launched the American Public Media podcast The Slowdown.  In March 2021 she was voted into the American Academy of Arts and Letters.

Smith wrote the libretto for two operas; Castor and Patience, in collaboration with composer Gregory Spears, is rooted in a conflict over historically black-owned land. The work premiered with the Cincinnati Opera in July 2022. The other, A Marvelous Order, with composer Judd Greenstein and video artist Joshua Frankel, is about two competing visions of progress in New York City.

Smith is a Susan S. and Kenneth L. Wallach Professor at Harvard Radcliffe Institute and a professor of English and of African and African American Studies in the Harvard Faculty of Arts and Sciences.

Morgan Talty is a citizen of the Penobscot Indian Nation where he grew up. He is the author of the critically acclaimed story collection Night of the Living Rez from Tin House Books, which won the New England Book Award, was a Finalist for the Barnes & Noble Discover Great New Writers, and is a Finalist for the 2023 Andrew Carnegie Medal for Excellence in Fiction. His writing has appeared in Granta, The Georgia Review, Shenandoah, TriQuarterly, Narrative Magazine, LitHub, and elsewhere. A winner of the 2021 Narrative Prize, Talty’s work has been supported by the Elizabeth George Foundation and National Endowment for the Arts (2022). Talty is an Assistant Professor of English in Creative Writing and Native American and contemporary Literature at the University of Maine, Orono, and he is on the faculty at the Stonecoast MFA in creative writing as well as the Institute of American Indian Arts. Talty is also a Prose Editor at The Massachusetts Review. He lives in Levant, Maine.

Alejandro Varela is a writer based in New York. His writing has appeared in the Point Magazine, Boston Review, Harper's, Split Lip, the Georgia Review, the Rumpus, the Brooklyn Rail, the Offing, and the New Republic, among other publications. He is a 2019 Jerome Fellow in Literature. He was a resident in the Lower Manhattan Cultural Council’s 2017–2018 Workspace program and a 2017 NYSCA/NYFA Artist Fellow in Nonfiction. Alejandro is an editor-at-large of Apogee Journal. His graduate studies were in public health. His first book, The Town of Babylon (National Book Award nominee, longlist), was published by Astra House in 2022. His second book, The People Who Report More Stress, is forthcoming (Astra House, 2023). Varela believes strongly in reparations, land back, a national health service, and a thirty dollar minimum wage pegged to inflation as interventions essential for the collective liberation of our society. Access his work at alejandrovarela.work. You can also find him on Twitter: @drovarela and IG: @alejandrovarela.work