As the UND Division of Student Affairs developed, it was recognized there were students with special needs not necessarily met in the “mainstream” of student life. Hence programs to meet those needs at the University of North Dakota grew and became more complex. The sponsorship of UND TRIO Programs by the university assisted in this effort to afford educational access to all populations.

In 1966, Dr. Craig Miller, Director of the Student Union, with assistance from Andrea Foote, an employee at the union, wrote and submitted the first proposal to apply for TRIO/Upward Bound funding. The grant application was successful and Upward Bound officially received federal funding that year.

The program’s mission was to provide educational access to disadvantaged (low-income, first generation) high school students from across the state and promote both their enrollment in higher education and their completion of a four-year degree.

The Upward Bound Program was housed in the Memorial Union and Dr. Miller became the first Upward Bound Director, reporting at that time to the Vice President for Academic Affairs.

During these early years the Dean of Arts and Sciences, Dr. Bernard O’Kelly, was a true friend and consultant in many aspects of program development and operation. After a period of time, Craig Miller resigned and Duane Lawrence, his assistant, became Director of the program. In this time period, the program also made two physical location moves, first to Montgomery Hall, then to Robertson-Sayre Hall. 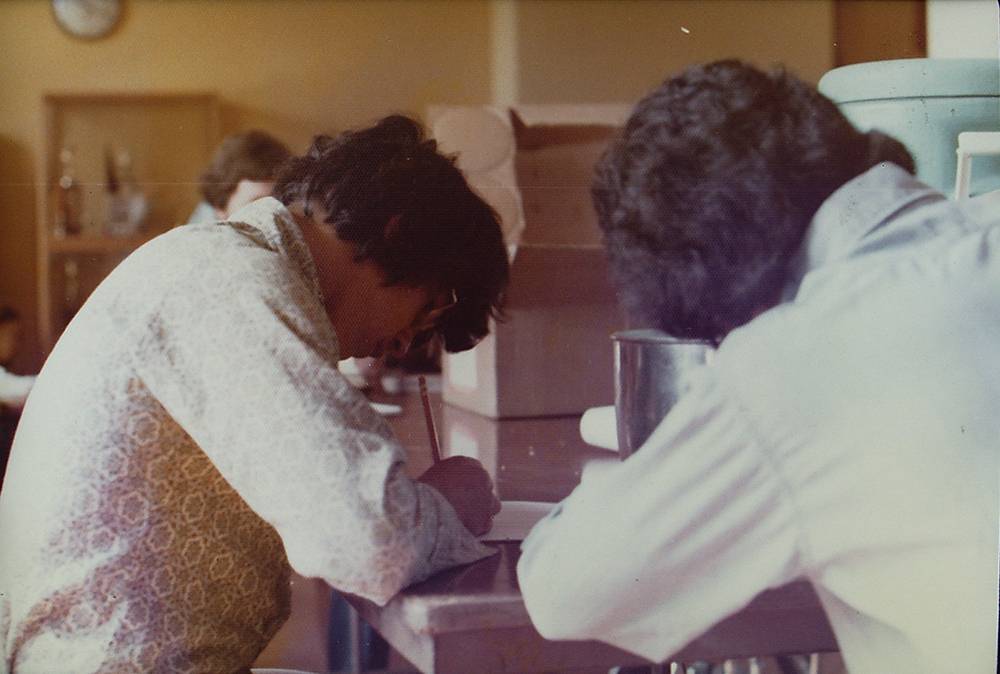 In April of 1970, the University of North Dakota submitted another successful TRIO proposal, written by Beulah Hedahl, this time for a Special Services Program grant (which later was renamed Student Support Services).

In 1971 that program began and it was housed in Budge Hall. In 1972 Upward Bound was moved from the Academic Affairs Division and was combined with Student Special Services to form the Student Opportunity Program (SOP), which was placed within the Student Affairs Division.

Duane Lawrence was named Director of the combined program and Ron Gibbens became the Director of the Upward Bound component. Ken Davis, who had directed the Special Services Program for one year, became Coordinator for the low-income component of SOP and Darrell Farland was named Coordinator of the handicapped student component. SOP offices were located in Chandler Hall and the Director reported to Dr. Russell Brown, Vice President for Student Affairs.

In 1975, the Student Opportunity Program department was relocated to McCannel Hall, along with other student services departments within the Division of Student Affairs. When Duane Lawrence resigned in 1976, Ron Gibbens became the Director of SOP.

In 1978, Neil Reuter became the Assistant Director of the Student Opportunity Program. The staffing remained the same for a number of years, but SOP continued to develop, through attaining grants from other sources. In 1976, it received a Regional Educational Program for the Handicapped (REPH) Grant that provided another separate funding source for services for disabled populations. This REPH Grant was competitively awarded to only 14 colleges across the nation. The recipients were viewed as model programs that demonstrated the various ways students with disabilities could be effectively served on college campuses.

Attaining and implementing the REPH grant placed SOP and UND in an elite group of colleges having this grant, including such landmark schools as the University of Illinois at Urbana and Wright State University in Dayton, Ohio. Additional funding for disabled students was garnered in 1979, when the North Dakota legislature approved state funding for UND Disabled Student Services. 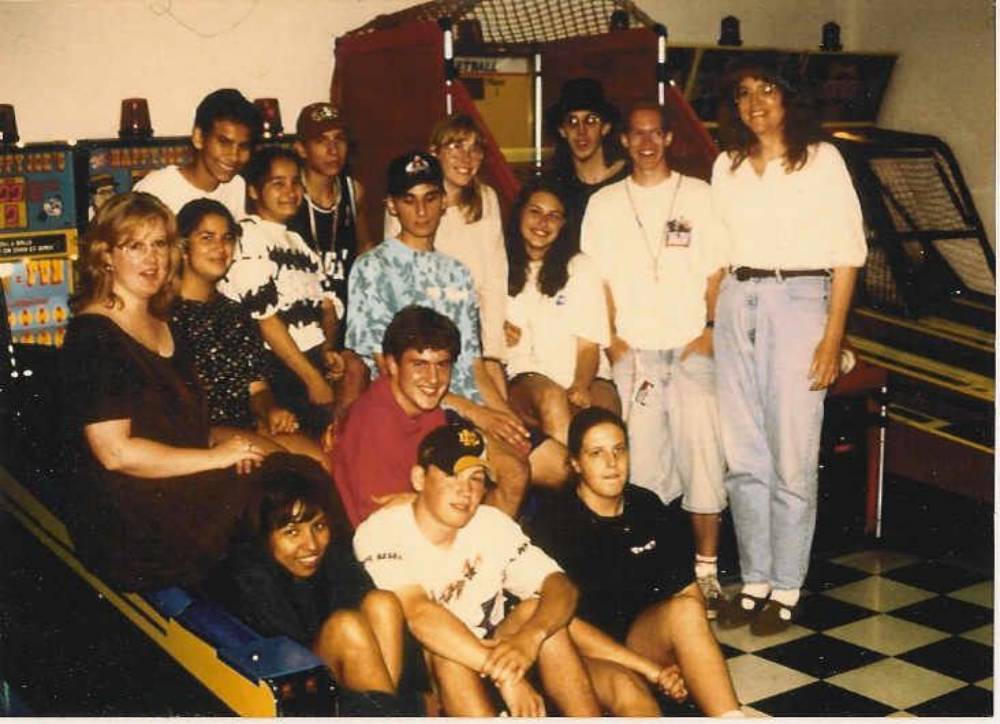 In 1980, Ron Gibbens took another position in the Division of Student Affairs and Student Opportunity Programs was discontinued as a single unit. In this year, the overarching name of TRIO Programs began to be used to describe the combination of the newly funded Talent Search and continuing Upward Bound Programs.

Neil Reuter was named TRIO Director over both the Talent Search and Upward Bound Programs. This new department was moved organizationally to under the supervision of the Dean of Students Office, reporting to Dr. Gordon Henry, Associate Dean of Students until 1984, when Dr. Henry became Vice President for Student Affairs.

At that juncture, the TRIO Programs began reporting to Lillian Elsinga, Dean of Students. During this same time period, Student Support Services Program was a separate department, also placed under the Dean of Students Office jurisdiction, with Bruce Austin serving as director.

In 1987 Neil Reuter became director of the Student Support Services Program, in addition to Upward Bound and Talent Search, and the three programs now formed the TRIO Department.

In the following years, with Neil Reuter’s vision and knowledge of national trends and accessibility of funding, successful grant applications were written for two more federal TRIO Programs at UND. The result of those applications was funding in 1991 for the Educational Opportunity Center Program and in 1992 for the McNair Post-Baccalaureate Program. Neil Reuter was named Director for these programs as well, and the number of UND TRIO Programs under his guidance expanded to five.

In terms of physical location, since McCannel Hall was being renovated during this time, TRIO Programs were relocated on a temporary basis; first in Bek Hall, then in O’Kelly Hall. One of the highlights for TRIO Programs took place in 1999 when TRIO Programs moved back into a newly renovated facility especially designed for the programs on the third floor of McCannel Hall.

In 2000 there was another divisional structural change and TRIO Programs were placed under the supervision of the Associate Vice President for Enrollment Management, Dr. Donald Piper. TRIO Programs have maintained that reporting structure and currently report to Dr. Alice Hoffert, Associate Vice President for Enrollment Management.

During 2001-2006 one other TRIO staff administration change was made in response to program growth and needs. In 2001 Elaine Metcalfe was named TRIO Associate Director, serving a percentage for each of the five programs. She also continued to serve as the Assistant Director for Talent Search. Upon Neil Reuter’s retirement in 2006, Elaine Metcalfe became the Director of UND TRIO Programs.

For many years, under the strong and conscientious leadership of Neil Reuter, UND TRIO Programs gained recognition locally, regionally and nationally for growth, stability and innovation. He was instrumental in forming support networks for the programs such as the TRIO Advisory Board and TRIO Alumni Society, which are comprised of university and community resource people and former TRIO Program participants who advocate at all levels for TRIO Programs.

The current picture for UND TRIO Programs remains bright with continued direction and purpose supporting its development and stability.